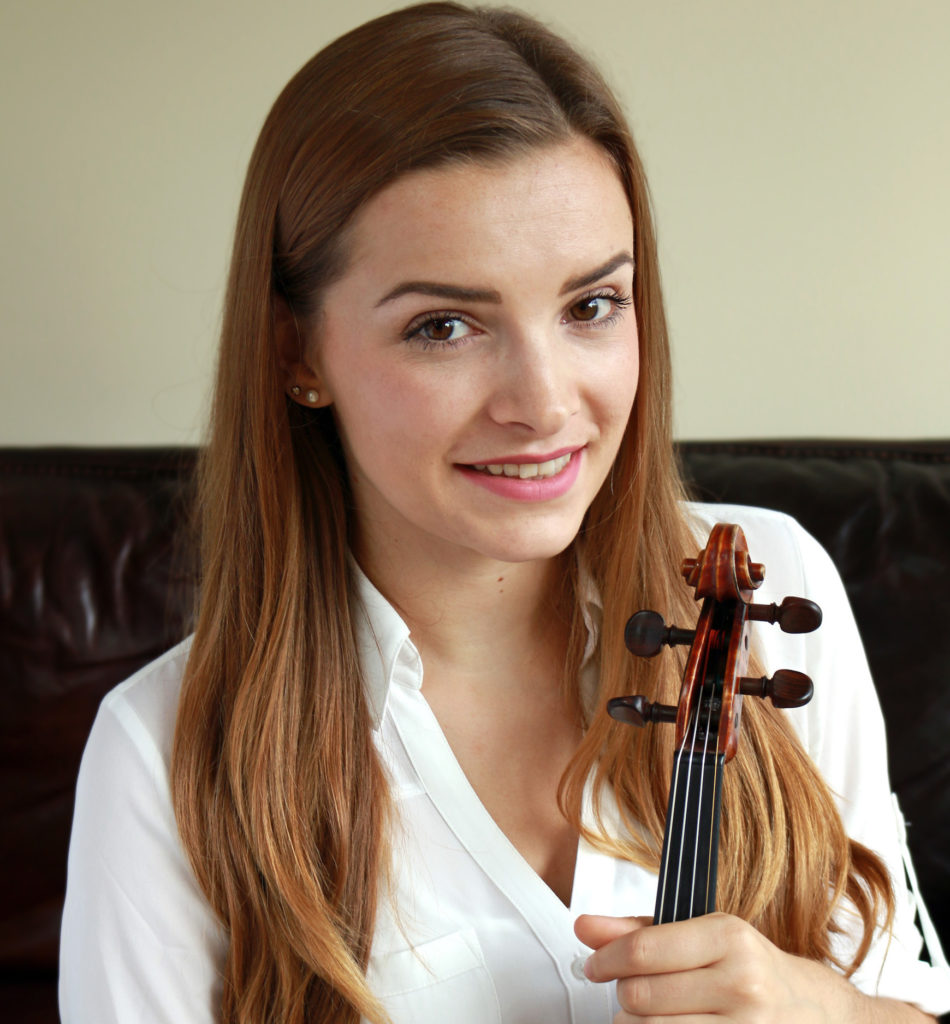 Camille Enderlin is a versatile New York City based violinist. As an orchestral musician, Camille has performed with various ensembles, including the Binghamton Philharmonic, the Allentown Symphony, Symphoria, the Chelsea Symphony, the National Orchestral Institute + Festival (NOI), among others. With NOI, Camille played on the recording for a Naxos Records “American Classics” album, which received a 2018 Grammy nomination for “Best Orchestral Performance.”

Camille is a proponent of all kinds of music and keeps a musically diverse performance schedule. In addition to traditional concert halls such as Carnegie Hall and Davies Symphony Hall, Camille can be spotted playing at NYC venues such as The Highline Ballroom, Feinstein's 54 Below, and Green Room 42. Camille has performed with various musical theater, immersive theater, and cabaret shows in the tri-state area. In 2018, she performed in “In Dreams: Roy Orbison in Concert, The Hologram Tour” in Long Island, and in 2019 she performed with rapper Trippie Redd for Audiomack’s “Trap Symphony.” Camille has also performed in outreach concerts with The Chelsea Symphony at Riker’s Island Correctional Facility and the Manhattan Detention Complex.

Born and raised in San Francisco, Camille began her violin studies at age 8 with Daryl Schilling and the Villa Sinfonia Foundation. Camille continued her violin studies at University of California, Santa Barbara, where she received a B.M. degree with a minor in Art History. Camille received a Master of Music degree from New York University, where she also served as Adjunct Violin Faculty. She was honored with an award for Excellence and Outstanding Achievement in the Graduate String Studies Program from NYU in 2017. Camille's primary teachers have been Yuval Yaron and Naoko Tanaka.