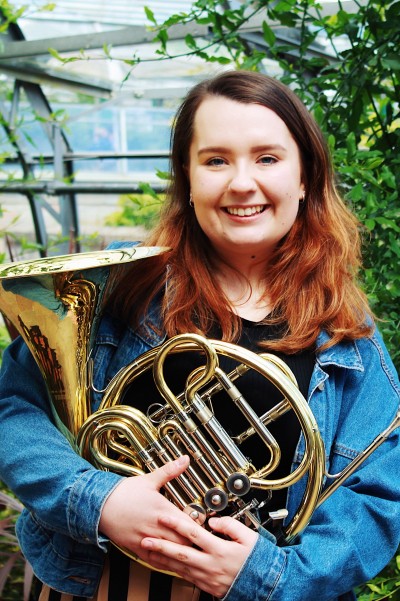 Becky is currently studying for a Masters of Music at Royal Welsh College of Music and Drama due to graduate in July 2021. She has studied under Sue Baxendale, Beccy Goldberg and Neil Shewan.

Becky has played for several theatre companies throughout the UK, including Youth Music Theatre Scotland’s 2013 production of Phantom of the Opera which was awarded Scottish Youth Musical of the Year. She also regularly plays at Edinburgh’s Fringe Festival.

Now based in Wales and South West England, Becky is specialising in Orchestral Performance and regularly undertakes placement schemes with BBC National Orchestra of Wales and Welsh National Opera.