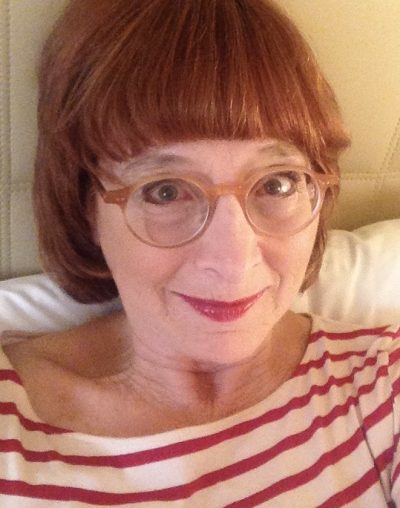 Based in Washington, DC, Bari Biern is a two-time Helen Hayes Award nominee for contributing lyrics to Imagination Stage’s HH Award-winning production of THE LION, THE WITCH & THE WARDROBE and for writing the book and lyrics of A DANCE AGAINST DARKNESS: LIVING WITH AIDS (composer Roy Barber), which received HH Award nominations as Outstanding New Play and Outstanding Resident Musical. An experienced opera librettist, Bari wrote the English adaptations for the In Series’ critically-acclaimed productions of Mozart's DON GIOVANNI (2015) and ABDUCTION FROM THE SERAGLIO (2013) and Puccini’s GIANNI SCHICCHI (2013), originally commissioned by Poor Richard's Opera of Philadelphia. She also penned the lyrics for the In Series production of Elizabeth Pringle’s adaptation of Mozart’s The Marriage of Figaro: Las Vegas Version (2006). In 2015, Bari wrote the English lyrics and dialogue for GALA Hispanic Theatre’s bilingual production of LAS POLACAS: THE JEWISH GIRLS OF BUENOS AIRES, which was nominated for a Helen Hayes Award as Outstanding Resident Musical.

Recent commissions include two productions for the In Series, including an English adaptation of Donizetti’s DON PASQUALE and Verdi's RIGOLETTO.

From 1993-2020, Bari wrote and performed with the political satire troupe, the Capitol Steps. She has also been commissioned by international cabaret singer, Adrienne Haan, to adapt German and French songs into English.