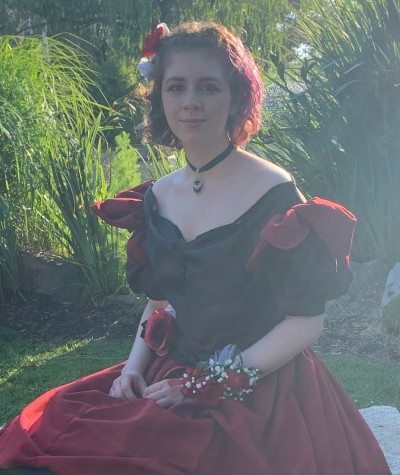 Ava Marie Ōya is a 19-year-old musical theater composer, lyricist, and librettist, as well as an arranger and actor/singer. Her current musical projects include Dear Boss (the tale of Jack the Ripper suspect Joseph Barnett and his tumultuous relationship with Mary Jane Kelly; the Ripper's final victim), Lavinia (based on the sensationalized accounts of the woman known as America's first female serial killer), and Bella Down The Wych Elm (a psychological horror musical about Nazi spies and ancient rituals in a dark, fantastical world deep within the mind of a mad man). As an actor/singer, she is lending her vocals to the first demos of the musicals The Nine Day Queen (as Mary Tudor) and Victoria (as Act II's Princess Victoria).