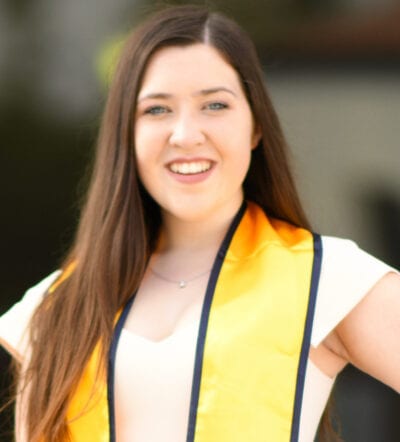 Aoife O'Connor is a New York City and Los Angeles based music copyist at JoAnn Kane Music Service. She has worked on a number of projects with the company including Broadway, Off-Broadway, regional, film and tv projects. Most notably, she was a music intern on the national premiere of Kiss My Aztec! by John Leguiziamo at the Berkeley Repertory Theatre in 2019. She recently received her first television credit for music preparation for the 2020 Academy Awards.

Aoife was raised in Belfast, Northern Ireland and graduated with B.A. in Music from the University of California, Berkeley in 2019. During her time at school she directed Walls: A New Musical, arranged and performed with the California Golden Overtones, sang with UCB Chamber Chorus, and studied vocal performance with Allen Shearer. She regularly performs Irish traditional music in Santa Cruz, CA.