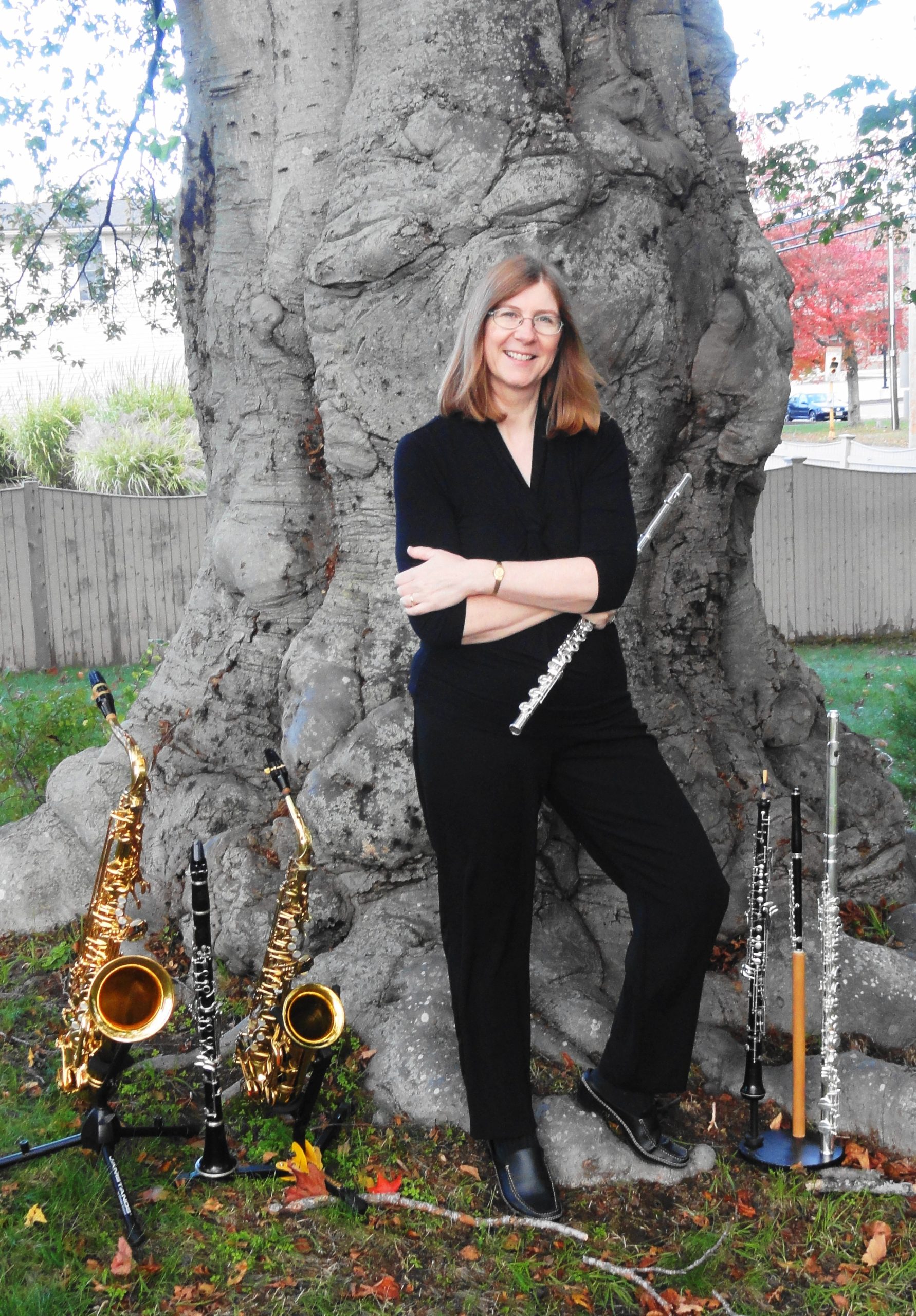 Anne Kelton does most of her performing on multiple woodwinds for musical theatre in the Boston and Providence area. She loves to play all of the woodwinds, but especially flutes of all sizes. During the month of October, you will find her playing clarinet with the Oktoberfest band, TubaFrau. When she was a US Air Force musician, she played in the jazz band, woodwind quintet, as well as twice being a soloist with the concert band. Internationally, she has performed solo performances in Japan, Slovenia, and Italy on both flute and saxophone. In addition to performing, Kelton teaches at The Boston Conservatory at Berklee. She can be heard on the cast recording of Weaver of Raveloe and recordings with singer/song writer Courtney Swain. She has premiered pieces by Wilmer Welsh, Dave Hanson, and Courtney Swain.