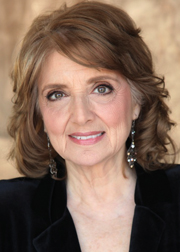 My musical INSIDE OUT played off-Broadway at The Cherry Lane, followed by many more productions across the U.S., in Europe and Belgrade, Serbia. Other musicals produced: iGHOST, LOVE AGAIN, THE UGLY DUCKLING, VANITIES. CDs: "Everyone Has A Story: The Songs of Adryan Russ"; "Changing My Tune" -- songs co-written with Joel Evans of songs place in film/TV. My songs have been recorded by many theater artists, including Susan Egan, David Burnham, Sharon McNight. My song "The Better Love Is, The Worse It Is When It's Over" recorded by Barry White got a rave review in Record World. I have served on the board of The Society of Composers & Lyricists (TheSCL.com), moderating many seminars on songwriting, and have also interviewed wonderful writers for the SCL magazine such as Benj Pasek & Justin Paul, and Lin-Manuel Miranda. There are two musicals in the works -- one working with fellow Maestra Kat Sherrell in Los Angeles. Stay tuned!