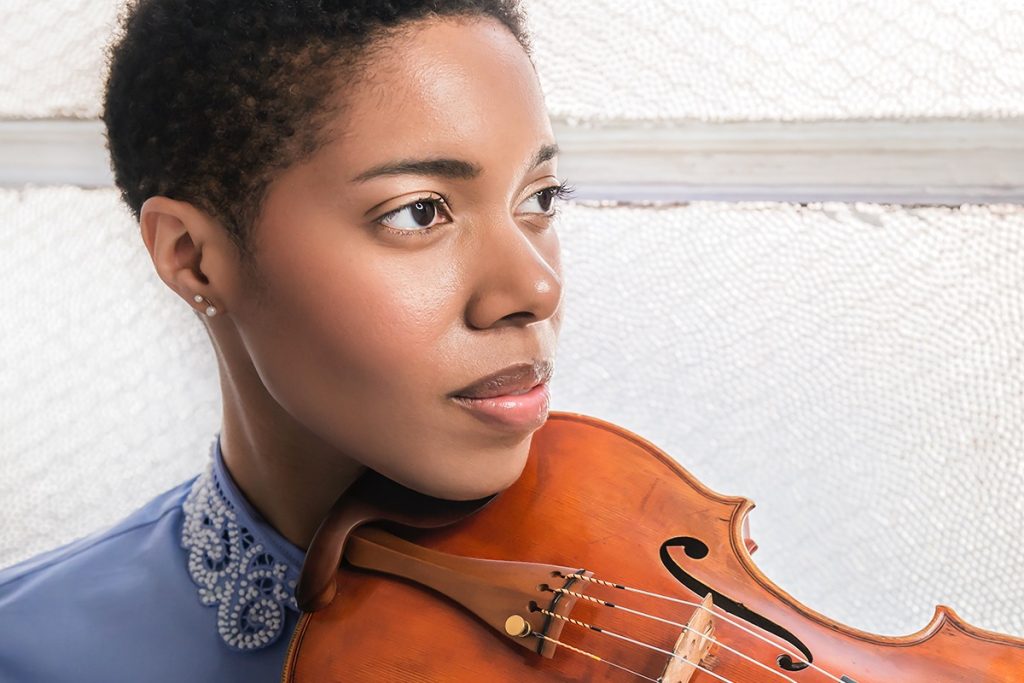 Violinist and violist, Monica Davis is a sought after collaborator described as “refined and attractive” by the New York Times. Currently in the band of Hamilton on Broadway, Monica’s other theater credits include the original bands of Mean Girls, Anastasia, Honeymoon in Vegas, and Rocky on Broadway and Invisible Thread and Fun Home Off-Broadway. In addition to the theater Monica regularly records for film, television, contemporary composers, and recording artists. She toured North America with Diana Ross, led the strings on tour and on Broadway with Regina Spektor and joined the New Jersey Symphony Orchestra violin section for the 2018/19 season. Recent projects include participating in the Guggenheim’s Works and Process series as a featured musician in Jodi Melnick’s work, New Bodies, choreographed for NYCB principal dancers, and a virtual premiere of Angela Morris’ Ribbon, for solo violin as part of the GLFCAM Gig Thru Covid sponsored by the Gabriela Lena Frank Creative Academy of Music. Monica holds a bachelor’s degree in history from Columbia University and a master’s degree in violin performance from the Manhattan School of Music.